The Crossroads of America: Why Indianapolis is the Industrial Anchor of the Heartland 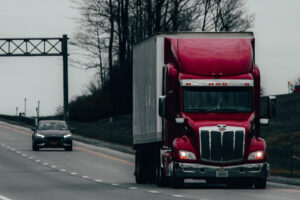 Indianapolis, also referred to as The Crossroads of America, is recognized as one of the most structurally viable industrial hubs in the country.

The unyielding advancement of logistical infrastructure creates an advantageous location for supply distribution, attracting some of the nation’s top intermodal carriers like XPO Logistics, FedEx, and J.B. Hunt.

Indianapolis’ industrial economy continues to experience an upward trend of migrating and expanding companies. These businesses have strategically placed their operations in order to extend their market reach, reduce inventory, and improve their bottom line. 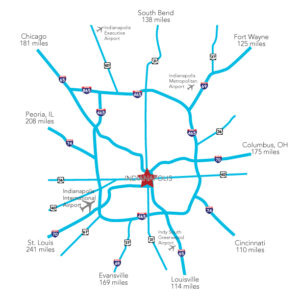 The interstate system, which includes I-65, I-69, I-70, and I-74, contributes to Indianapolis’ growing industrial market. The unity of these interstates creates a transportation infrastructure unrivaled by surrounding regions. The expansive highway system delivers direct access to Louisville, Chicago, Columbus, Cincinnati, St. Louis, The Ports of Indiana, and beyond.

Each year, ground transportation accounts for nearly half of the estimated 724 million tons of freight traveling through Indianapolis and its surrounding infrastructure. The centralized location and diverse intersections grant easy access to 75% of the nation within a day’s drive. Companies relying on trucking goods both inbound and outbound have increasingly benefited from the highly-favorable highway system. 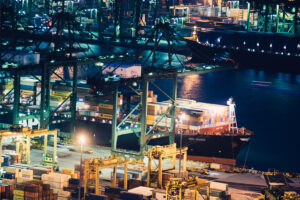 The proximity to three major ports further defines Indianapolis as a logistical leader. Burns Harbor, Jeffersonville, and Mount Vernon make up one of America’s most premier inland port systems. These dynamic water gateways are Designated as Foreign Trade Zones and grant superior access to both domestic and global markets.

Burns Harbor, commonly referred to as The Steel Capital of America, is situated on the coast of Lake Michigan roughly 18 miles from Chicago. The port is directly accessible from Indianapolis by I-69 and the CSX Class I railroad. The port has substantial global reach through the Great Lakes and the St. Lawrence Seaway, making it a key link between inland manufacturing and global distribution.

In contrast, the Jeffersonville port is located on the southern border of Indiana and directly adjacent to Louisville, Kentucky. It is accessible from Indianapolis by traveling south on I-69. The port utilizes both the Ohio and Mississippi Rivers to handle more than two-tons of cargo annually. Zoned for heavy industrial, this inland waterway offers a strong agricultural ecosystem and superior manufacturing infrastructure.

Further west, on the Indiana and Kentucky border, the Mount Vernon port operates as one of the country’s largest inland water systems. The port is situated near the confluence of the Ohio and Mississippi rivers and serves as an important economic engine for Indianapolis. Mount Vernon continues to develop at a record-pace and flourishes with agriculture, energy and manufacturing. The port has substantial impact on logistical mobility and is significant in furthering Indianapolis’s supply chain capacities. 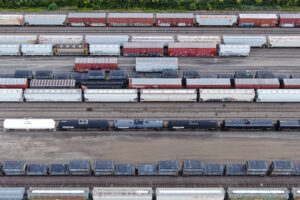 Often referred to as Railroad City, Indianapolis serves as a major hub for rail freight transport. The city offers direct access to the highly prominent Class I railroad, CSX and leverages several regional and short line railroads allowing for efficient transportation of goods across the nation.

As one of seven Class I railroads in the country, CSX railroad plays a critical role in driving Indianapolis’s industrial market. The railroad offers direct outlets to the nation’s railway network, grants immediate access to central markets like Cincinnati and Chicago, and intersects with the Class I railroad, Norfolk Southern.

Due to this dynamic railway network, Indianapolis’ industrial market has achieved expansive reach, spanning from coast to coast, Canada, and Mexico. 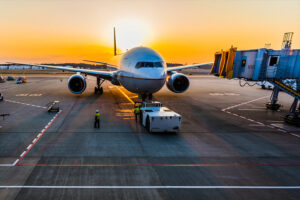 The Indianapolis International Airport (IND) is one of the nation’s top ten busiest cargo airports with extensive daily air service to major cities across the globe. The aviation hub is located 7 miles southwest of downtown and is easily accessible by interstate highways, I-70 and I-465.

The location and diverse network of direct flights provide a strong reasoning for FedEx’s continued investment in their Indianapolis operations. In doing so, Indianapolis is now established as the second largest FedEx operation hub.

As Indianapolis’s transportation infrastructure continues to be utilized by more businesses and large-markets, the industry is expected to see significant growth over the next two decades. In contrast to other cities, the Indianapolis region’s abundant land and resources will ensure that it remains a competitive option for businesses looking to expand or relocate.

Contact us at info@alliescommercialrealty.com to learn how Indianapolis can elevate your business’ operations.

Subscribe to our newsletter for up-to-date industrial news that matters. 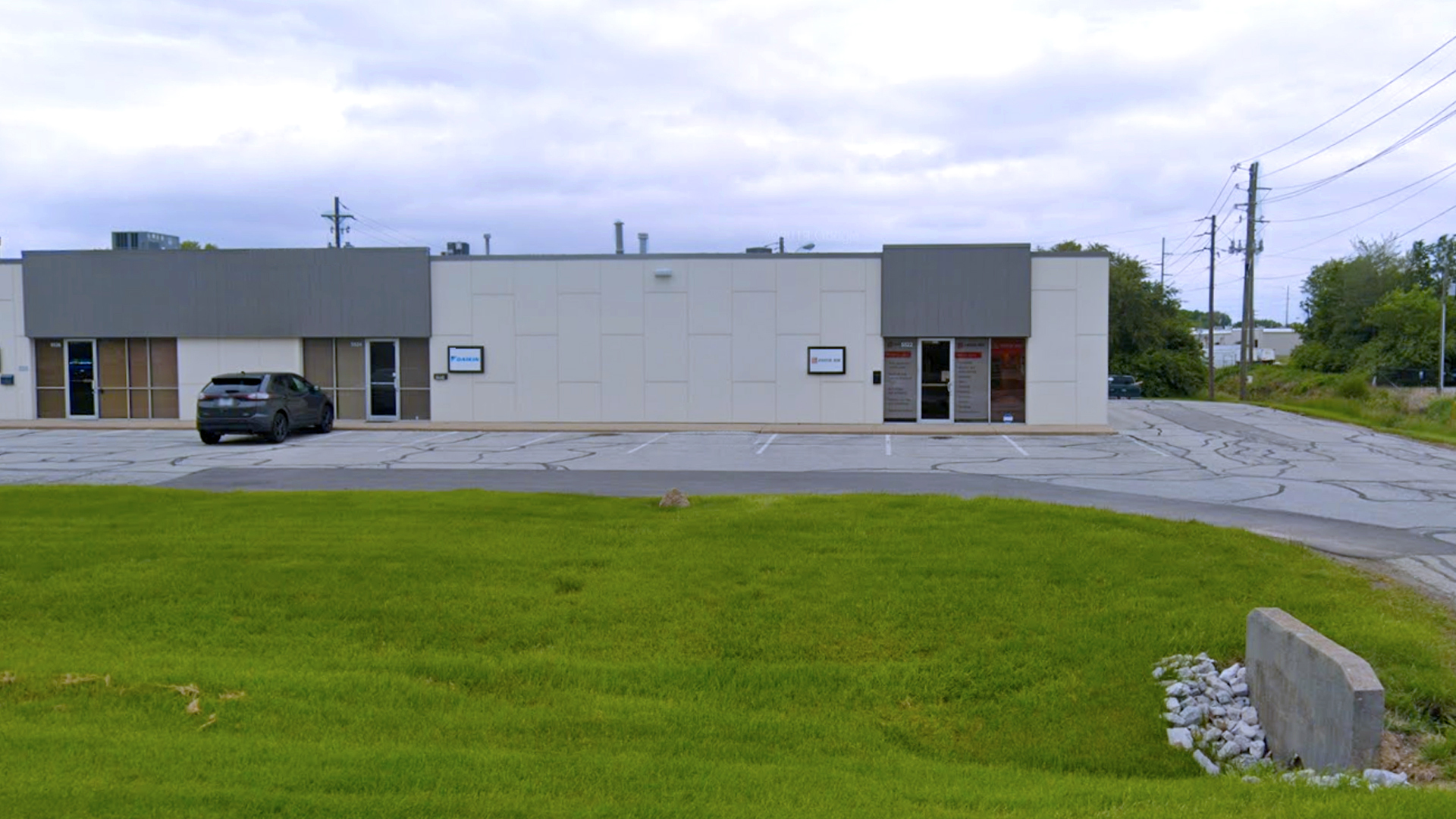 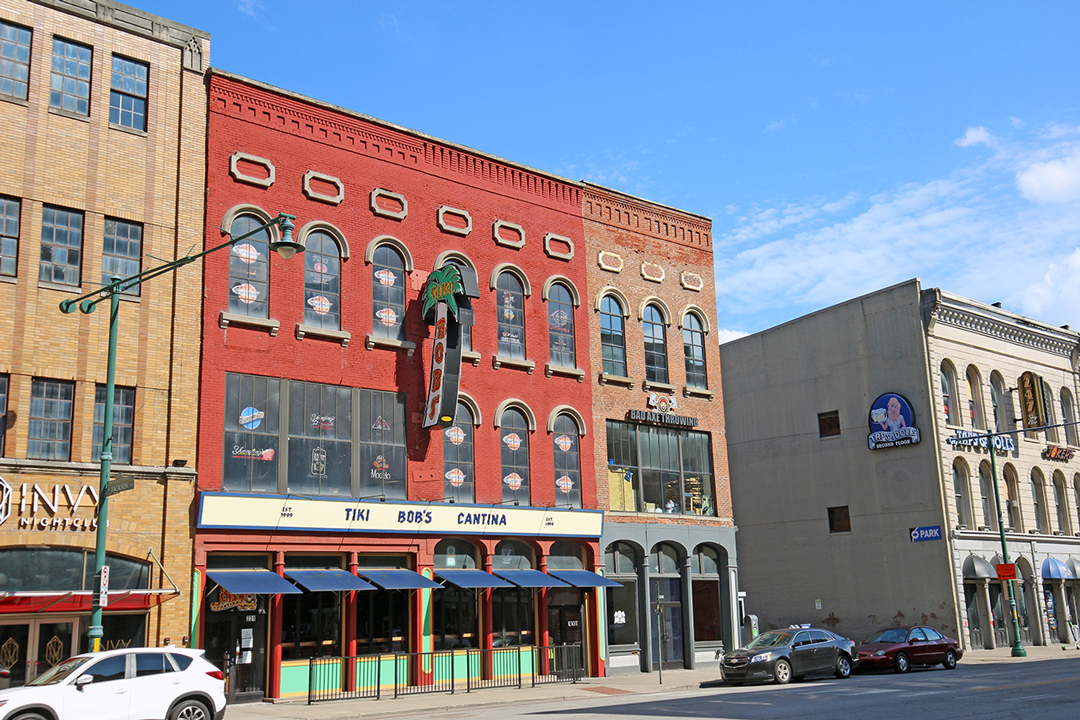 Centrally located in Indianapolis’ Union Station/Wholesale District on the southern end of the downtown CBD, this location showcases tough-to-beat exposure and is well-located near an extensive list of amenities, including many restaurants, shopping destinations, and entertainment venues. 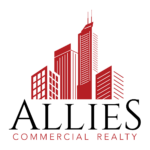 Stay in the know with our email updates.